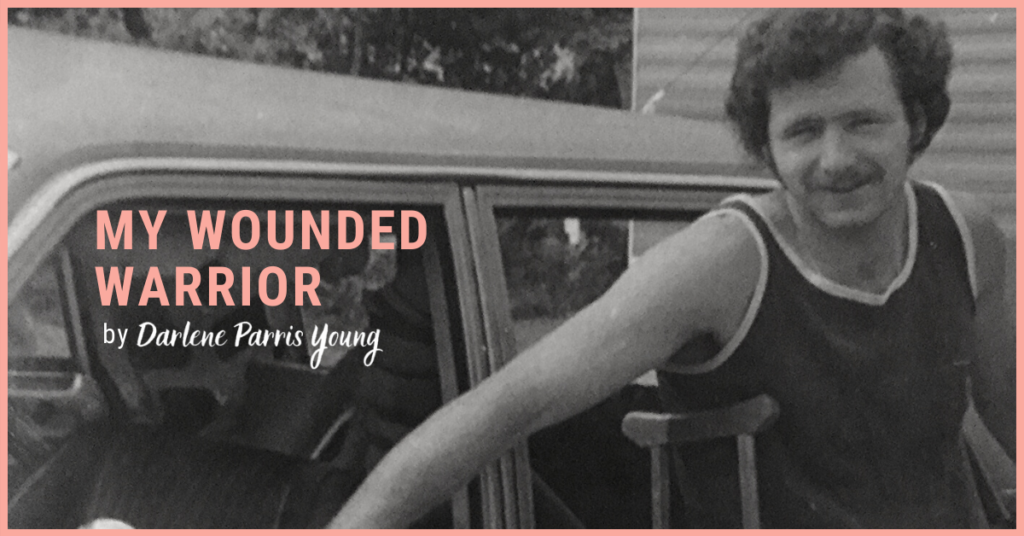 At the age of 15, my sweet little brother’s spine and pelvis were crushed in a bicycle accident. He’d never walk again without assistance. There’s so much Danny didn’t get to do. He didn’t get to go to college, because back in the early seventies, colleges weren’t exactly accessible to the disabled. He didn’t get to have children, or be physical with a woman, or play football with his friends on a crisp fall day. But even though Danny didn’t get to do a lot of the things that others did, his contribution to the world and especially to our family, was vast and unparalleled.

During the time that I was a young mother just starting my modeling career, Danny was growing increasingly independent. He wanted nothing more than to move out of our parents’ house and live on his own. He didn’t want us taking care of him—he wanted to take care of himself. It became apparent that the attention and assistance our family was giving him was no longer helping but hurting. He might not be able to walk unassisted, but like any young man, he needed to learn to take care of himself—and he needed to get out of his parents’ home.

Danny learned to find that meaning in his life, and as I was going through painful things in my own life, like divorce, abuse, and harassment, I watched how hard he worked, and I used his happiness as fuel for me to find my own.

Danny did eventually move out of my parents’ home to live independently. I was so thrilled to see him enjoying life and living on his own. He got a job at a cemetary keeping the grounds tidy—he’d trim the grass around the tombstones and use his strong arms to pull himself from tombstone to tombstone, then manicure each grave lovingly. I watched him once without him  knowing I was there, sitting in my car parked at a distance. Though I hated seeing how difficult it was for him to move around with his equipment, I was also incredibly proud of him. There was a tenderness to his work that came from the tenderness in his heart.

Danny never complained and he never sought pity. Nothing held my baby brother back, not even paralysis.

I wanted to be a warrior like my brother, Danny. If anyone had a right to be angry and filled with self-pity, it was him. Instead, he would tell me that his braces weren’t a problem—they held him up so he wouldn’t fall. He didn’t focus on what he couldn’t do, he was proud of everything he could do. Danny faced life with a determination to move forward every day that he awoke.

We lost Danny to cancer. My new husband never got to know him. This breaks my heart. But I still carry the resilience that Danny showed me every single day. When I’m feeling down, I remember how life is here to be lived, and not to waste feeling sorry for ourselves. Then I feel a smile take over my face, I hug the ones I love close to me, and I head out into the world Danny-style, with nothing at all holding me back.