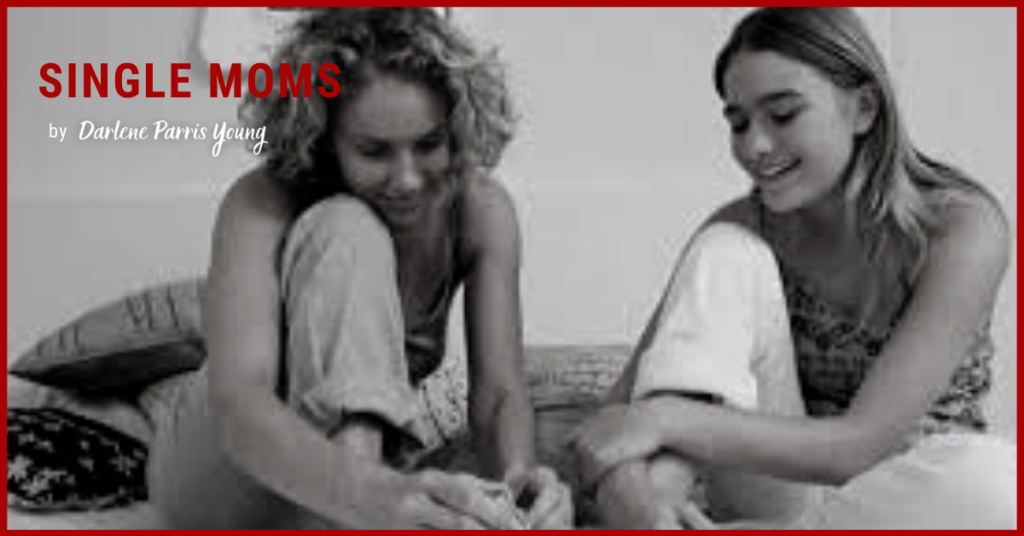 It has been reported that of all single-parent families in the U.S., single mothers make up the majority. According to 2018 U.S. Census Bureau, out of about 11 million single parent families with children under the age of 18, more than 80% were headed by single mothers.

I was raised watching TV shows such as Ozzie and Harriet, Father Knows Best and Leave It to Beaver – suburban homes where Dad was a professional and Mom stayed home wearing a flowered dress.  For me, and for many women of my generation, that was not the environment in which we raised our children. And based upon statistics just cited, it does not appear that much has improved.

If you have read my blogs or visited my website, you know that I escaped at 17 years old from an abusing father, only to marry an abusing husband.  I, like so many other women, was faced with a dilemma: stay, grin and bear it for the sake of maintaining the traditional family that society prefers, or “escape” and face an uncertain future for myself and my children.  I chose the latter. I never wanted my daughter to have to make that choice. As fate would have it, she was presented with the same situation.

Courage is something that manifests itself when we are under pressure.  My daughter manifested courage and made the decision to keep her children safe.  For that tough decision, I am very proud of her. Now, do not take this as a call for women to pick up and leave.  No. Therapists, marriage counselors, spiritual advisors – they are all available and should be sort out for consultation.  But if those avenues do not produce results and you must make a decision for your well being and the well being of your children, I know what you are going through.  For those women who have had to make that decision and are part of the 8,800,000 single Moms raising their families, be proud of yourself as I am proud of my daughter.