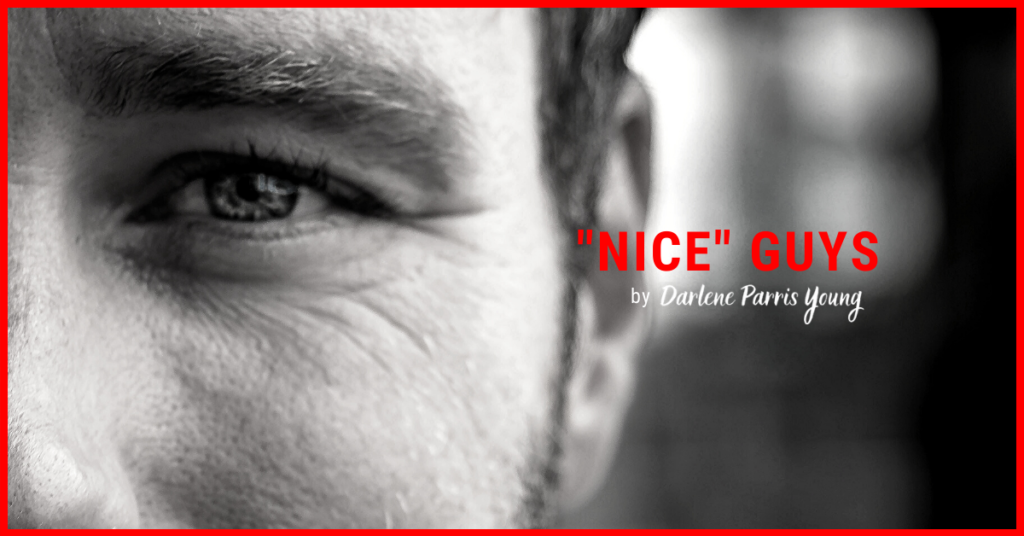 Once, back in the days when I was a waitress, I tore up a tip that a “nice” guy left at my table. I was furious because he’d comforted me after another customer harassed me, and when I cleared his table and collected the generous tip he’d left, I noticed that he’d left his room number on the back of his business card. I was livid. I tore up the money and slipped it under his room door.

The next time I saw him, he asked why, and I snarled my answer. He explained that he actually loved his wife very much, and wasn’t hitting on me. He just wanted to make sure I had back-up in case the man who’d been bothering me came back. This man turned out to be one of the really nice guys in the world. To my knowledge, he was always faithful to his wife, and he helped springboard my career in modeling. But this incident got me thinking—how do we tell the guys who say they are “nice,” and act “nice,” in certain situations, only to turn on us when they don’t get what they want, from the genuinely nice guys who are out there in the world.

I’ve been criticized for being hard on men. I’ll say that while I’ve certainly come across my share of selfish, destructive men, I’ve also been lucky enough to have some of the nicest men out there in my life. This includes my current husband and my son.

Picture this: You work with a “nice” guy. He is kind to you at work, helps you carry things out to your car if you need it, and maybe even brings you lunch once in a while. He asks you out, and you say no—because you are already seeing someone else, or you’re just not interested—and then everything changes. He gives you the cold shoulder and starts sabotaging you at work. You’ve gone from having a friend to having an enemy, all because you created a boundary.

Am I describing a nice guy here? Well, he thinks he’s nice. He thinks he shows respect to women, and he thinks that he deserves something for it. When he doesn’t get that, he pouts. It could be a sign of immaturity, or entitlement, or something more sinister. I think the years of popular romantic comedies that show men pursuing women who are uninterested, only to win them over eventually, have done damage to our young men.

A really nice guy has a few tell-tale signs. Over the years, here is what I’ve noticed.

I’m sure there are more telltale signs, but these are the big ones for me.